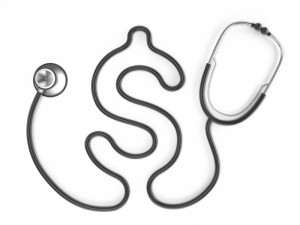 Last week, we introduced a maturity model for interfacing management. We explained how organizations progress through 3 distinct stages: Manual, Message, and  System.

This week, we’ll cover key diagnostic questions. These 9 questions will help you determine which stage you’re in and whether you should consider moving to the next stage.

1. How many sample messages are you using when scoping?

This gives you an idea of which stage you’re at. A handful of messages and you’re likely at the Manual stage of the interface management maturity model. The Message stage is characterized by analysts building out interfaces and interfacing capabilities based on message analysis, usually done by slicing and dicing about 50-100 messages to uncover exceptions to a spec or standard. Is it time to bump up to the next level and enable analysts to run through a larger volume in the 100, 000 to 1,000,000 range?

2. How long to bring an interfacing project to fruition?

Hours, days, weeks, months? Are those multiple iterations and circular processes eating up the time of your developers and analysts? Is your potential revenue sliding down the drain? You gain productivity by moving up the curve.

3. How is your documentation?

If you’re in the Manual stage, chances are you have little to no documentation such as a list of requirements, a test plan, etc.  But at the Message stage, chances are you have an abundance of documentation, because it mushrooms at this stage: you’ll have requirements, mapping tables, gap analyses, message lists, a unit testing plan, a validation plan, and much more. Not to mention document versioning on each of these. That’s when you’ll want to consider establishing a single document repository that works across all projects. At the System stage, documentation becomes more unified. You’ll use your system-based analysis to have a single source of source of truth – an HL7 profile for instance – and pull out different elements depending on the audience. Your test plans should flow directly from the scoping and profile work.

4. Do you have templates and are they usable?

Templates are part of your documentation process, which really gets going at the Message stage. At the Message level, they tend to multiply. It becomes a headache to manage them. There are often a variety of (sometimes competing) format: Excel. Word. PDF for read-only sharing. Emailing back and forth can become a versioning nightmare. Oftentimes, a manager will look to a shared drive to manage templates and documentation at the Message stage. But this is when it makes sense to move to the System stage and seek out content repositories with multi-user sync capabilities to retain a single source of truth.

5. Are there unplanned or unexpected delays?

The earlier the stage, the more likely unplanned delays are. But the root causes of delays will vary depending on the stage. At the Manual stage,  delays can crop up because of a lack of requirements-gathering allows potential show-stoppers to slip through. At the Message stage, delays have to do the volume of work. At the System level, delays are few and far between. The key consideration: understand if your project scoping is adequately identifying your timeline and anticipating potential areas of concern so you can fill in needed information before the concerns become critical.

6. Can you estimate costs?

At the Manual stage, it’s hard to. The lack of process at this stage leads to a lack of predictability. What teams often do is log project hours and FTE costs, and attempt to use retrospective data to predict next project. But if the requirements for the next project are different (and unknown), the ability to predict remains low. At the Message stage, the organizations with strong project management capabilities often can estimate costs. Some can even do it per interface type. But the cost curve keeps rising.  At the System stage, they are not only estimating costs accurately, they are also bending the cost curve.

As a rule of thumb, the further along the maturity curve, the more projects a team can handle. You should expect the same headcount to be able to handle a greater volume of interfacing projects as the organization goes up the curve.

8. How long does testing take?

At the Manual stage of the interface management maturity model, testing is often ad-hoc. There might not even be testing plan; the interface is simply unit tested until it works. There is no way to really gauge testing effort, although there may be a heroic effort to get it in by a deadline. At the Message stage, a testing plan is in place — probably a rigorous testing plan. So much so that a 10 minute change to the interface code can take 2 weeks to test before it goes into production. At the System stage, your requirements drive testing. You’re also able to automate the testing, so a 10 minute change to the code takes 2 minutes to test through a series of test scripts.

9. Is go-live ever delayed?

At the Manual stage, it’s entirely possible not to even have a target date, or have a target date that will flex. At the Message stage, the team will often scramble to meet a deadline. And at the System stage, thorough scoping with system-based HL7 profiles and gap analyses lead to more accurate, more confident project planning. These teams hit the go-live dates comfortably because they have a handle on the entire interface lifecycle.

We’ll be adding to the model over the coming weeks. We’ll address the process deliverables, metrics, and organizational needs and impact. Are there other topics you’d like to see? Let us know in the comments.