François Gilbert, Chairman of the Board

François is Anges Québec’s CEO since Septembre 2008 and has been Anges Québec Capital’s CEO from it’s beginning in 2012. He is also the CEO ofr FIER Succès, a Venture Capital fund based in Québec city, since September 2005.

Born in Saguenay, François Gilbert had, from 1972 to 1984, different management positions in the retail family business. From 1984 to 1985, he studied for its Master in Management of small and medium enterprises at Québec’s University at Chicoutimi. In 1986, he started an aluminum transformation company in Saguenay / Lac St-Jean, « Spectube », the first one not belonging to a multinatational. He managed the company until 1991 when he sold his shares.

François Gilbert has been always socially implicated. He was, co-chairman of the Centraide campaign, Québec city region, chairman of the advisory committee of Management Science Faculty of Laval University. He was the co-founder of Centraide Saguenay / Lac St-Jean, the president of Fondation communautaire du Grand Québec and first vice-president of the entrepreneurship foundation. He uses its contacts and leverages in order to reach faster the objectives

François Gilbert is recognized for its diversified experiences acquired in the private sector as well as in the social and cooperatives sectors. His great flexibility, his engagement and desire to learn make of him a person capable of always re-examining values and ideas with an eye towards the advancement of people and their enterprises.

François Gilbert is the proud father of five children born between 1988 and 1998. 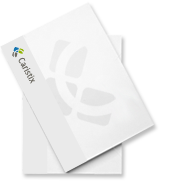